Showing posts from November, 2016
Show All

The new question at the heart of our political divide 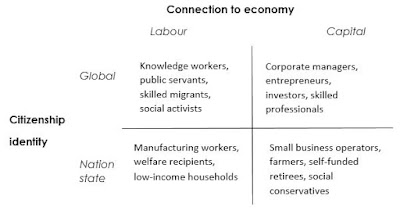 1968 was one of them, and so was 1989. 2001 is seared into the memory, and now 2016 will join them. What made each of these years so powerful was not just that they were filled with dramatic events, but that those events upended our existing assumptions about the way the world worked. It is easy to be an expert in hindsight, but each of those years mark the time when the tensions that had thus far been subterranean finally broke through the surface. Each of these dramatic events were not contrary to the narrative that came before, but were a graphic manifestation of it. For 1968 it was the swirl of racial tension, military adventurism and state repression that motivated people to hit the streets. In 1989 the gradual crumbling of life behind the Iron Curtain became impossible to mask in country after country. Twelve years later the seething resentment in much of the Middle East at American supremacy manifested itself unambiguously in New York. And throughout this year the growin
18 comments
Read more
More posts