May 31, 2011
Four Corners last night aired a disturbing story about the appalling conditions in some Indonesian abattoirs involved in slaughtering cattle exported live from Australia. The painful, drawn-out killing of the cattle was the stuff of nightmares, and reflects badly both on the Indonesian abattoirs and their staff, as well as the Australian meat industry figures who knew there were problems but allowed it to continue.

In a way, these things are not surprising. This is a poor country in which many people are struggling to make ends meet. Animals are considered almost exclusively for the benefits they can bring their human owner - be it as food, a source of entertainment or a means of obtaining a modest income. Any entitlements they might have as living creatures is ignored.

Beyond that, Indonesia is also a country with a history of violence, in which people have been arbitrarily subjected to pain, suffering and incarceration. That this might breed a rugged approach to the treatment of animals is sad but expected.

Not that these things are excuses for mistreatment - but they do serve as a useful explanation.

A few weeks back I visited one of the streets of Jakarta in which pet sellers ply their trade. While the photos are not nearly as distressing as the abattoir footage, it does give some insight into the treatment of animals here. 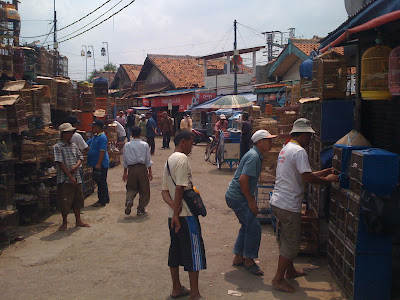 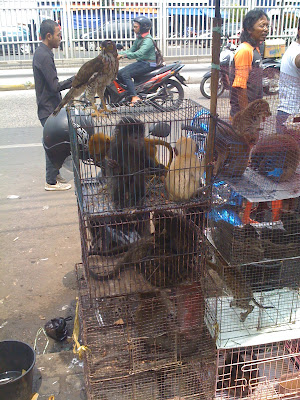 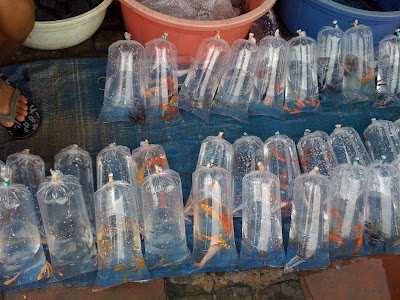 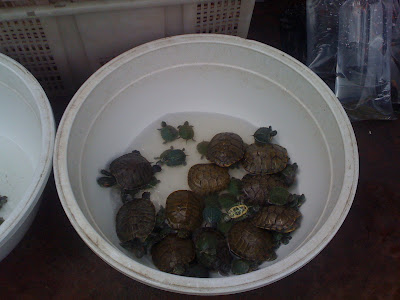 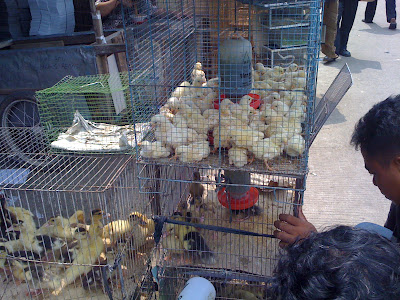 Not much fun being an animal in this part of the world.
Indonesia

Felice said…
Not much fun being an animal in any part of the world... The photos could have been taken in Australia. I'm surprised at how many meat eaters are screaming about the cruelty in this... people need to start with their own plates. *respect*
31 May 2011 at 13:51

Anonymous said…
Makes me feel sick. It's all too common in Asia and Europe. We're not perfect here in Australia either. Some backyard breeders are subjecting animals to the most inhumane conditions to stock pet shop windows.
31 May 2011 at 16:05

Anonymous said…
Brother G said he would come and visit if you have a pet monkey otherwise he wants you to send one home.
31 May 2011 at 23:36

Ari Sharp said…
Felice - don't need to convince me of that hypocracy. I've been vegetarian for nearly 15 years, and the hypocracy of supposed animal rights supporters who will happily eat meat does gall me greatly.
1 June 2011 at 02:50

pet shop online india said…
I was in shock after reading your article. Its very bad and disturbing to see people behaving such way.